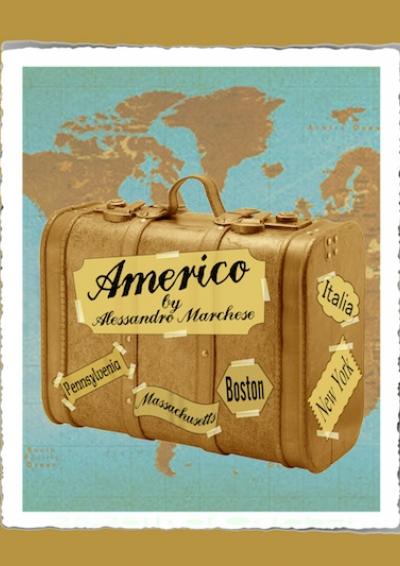 I will perform  “Americo” (the last show I wrote) during

which will take place

‘Opening with a monologue is a bold move but this amiable piece, written by and featuring Alessandro Marchese, touches on a familiar immigrant experience to put the audience at ease. Delivered with a sing-song, Italian accent, Americo features Marchese as Alex, recalling the voyage of his great-uncle through history. Marchese has a relaxed stage presence and Jonnie Bayfield’s unobtrusive direction helps bring the colourful characters in the story to life‘.

HOW TO FIND EAST 15 in Loughton

TRAIN
Nearest tube Debden Station on the Central Line. Take pathway opposite entrance toward Debden Broadway. Turn left on Broadway,(with the Post Office on your right) then right at the mini-roundabout(next to the Sir Winston Churchill pub) walk for 250 metres along Rectory Lane and the Hatfields campus is across the road on your left.

BY CAR
The Campus is situated on the A1168, Rectory Lane. The Corbett Theatre has its own car park and there is limited public parking in the lane outside the campus.